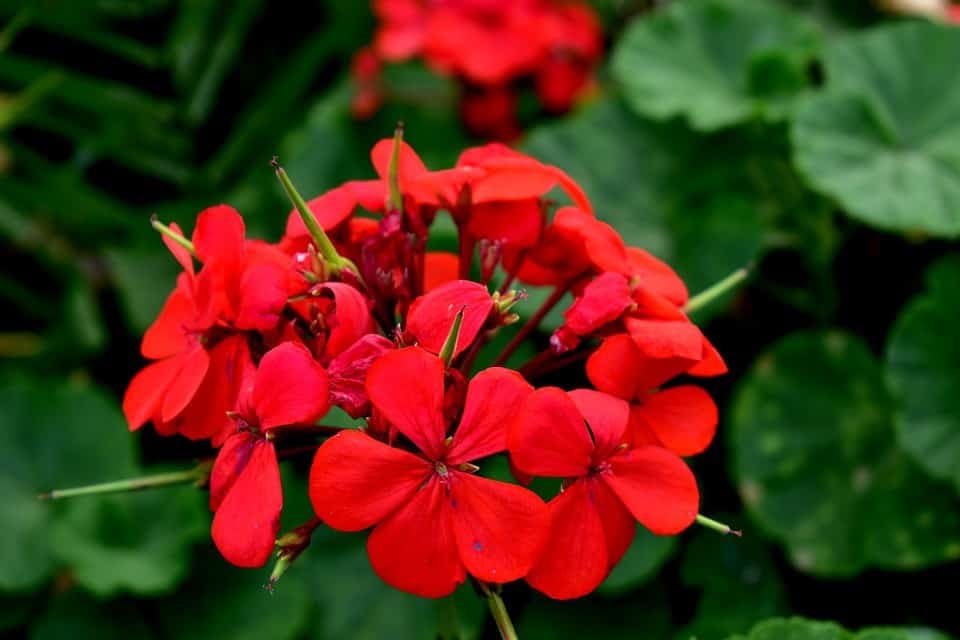 On the north side of my former house, hanging from the outside of the porch were five planters with geraniums; three red, two pink.  During the spring and summer months I watered them and picked off the dead heads, as my mother called them, and dead leaves—a meditative process for me more than anything because I have no idea what I’m doing when it comes to gardening.  I just jump in and hope for the best because I enjoy watching plants grow.

However, one week, despite my TLC, the plants seemed to be dying.  They became scraggly and really looked like they were on their way out.  I considered uprooting them and putting the pots away for the season.  For whatever reason, I decided to let them be.

There’s a line in the movie “Jurassic Park” where one of the scientists says “life finds a way.”  Life found a way because after a week or more of inattention on my part, the geraniums once again began to bloom, colors as vibrant as ever.  After that rebirth, I returned to meditatively pruning, but with an even greater appreciation for the miracle of Life.