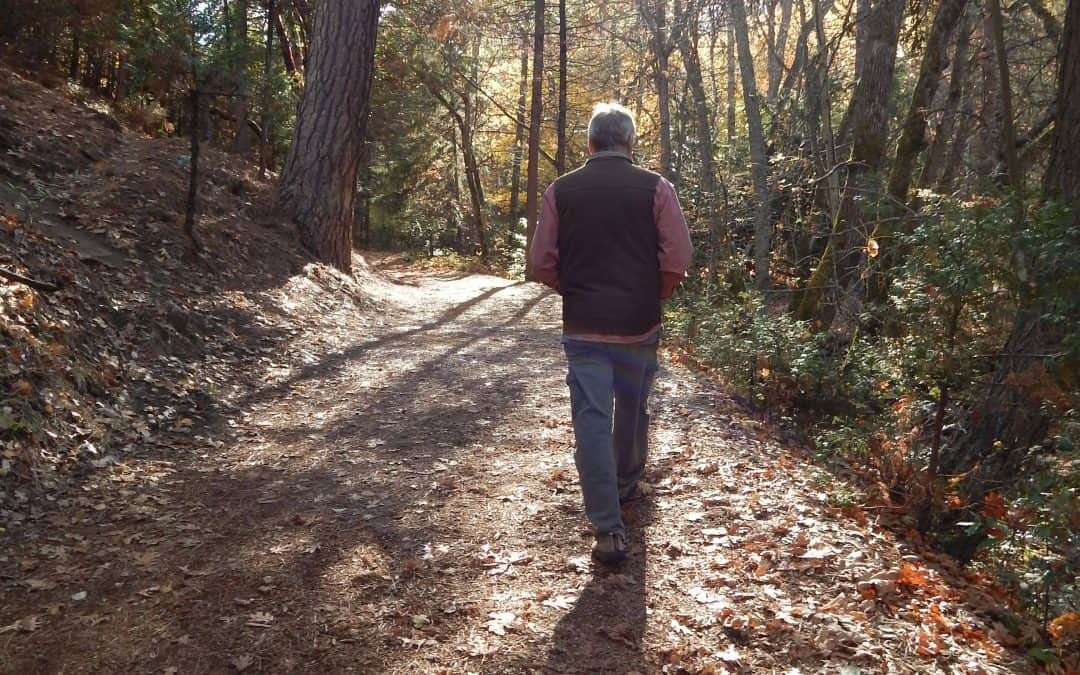 Visiting from Oregon, my cousin, a spiritually enlightened and gentle soul, was asked if he believed in Jesus. Sincerely and honestly, he responded, “No.” Perplexed, the questioner asked again, “You don’t believe in Jesus?” To which my mystically wise kinsman simply replied, “No.”

Had the questioner delved deeper, he would have found that my cousin KNOWS Jesus.

I do not ‘believe in’ my dad. To believe in my dad is to be separate from him. To know my dad is to have a mutually loving and trusting relationship with him. In lighter terms, when children ask an adult if he or she believe in Santa Claus, the adult—with a twinkle in his or her eye–can truthfully answer, “no, I know him.”

“To know in these ways Jesus points to, is to realize that the truth of all of us, prior to all belief, is this most simple knowing that knows itself.”  In other words, “The Christ in me greets the Christ in thee”  which is God’s intimate knowledge of Herself, in and through that which She created out of Herself—sacred, holy Oneness.

Isn’t this what Jesus had in mind in John 14:9 when Philip said to Him, show us the Father, and Jesus responded, “Have I been with you so long, and you still do not know me, Philip? Whoever has seen me has seen the Father. How can you say, ‘Show us the Father’?

The pharisees and sadducees believed in God, and Jesus countered their claims of piousness with, “Woe to you hypocritical Torah-teachers and P’rushim (Pharisees)! You go about over land and sea to make one proselyte; and when you succeed, you make him twice as fit for Gei-Hinnom (Hell) as you are!” Matthew 23:15.

To ‘believe in’ Jesus is to remain lost in illusion. Time and again Jesus illustrated the futility of the belief in separation, or what the Bible calls unbelief—lack of trust.

The story of the man with the demon-possessed son exemplifies this perfectly. A father, at his wits end, brought his son to Jesus to be healed. Tormented since childhood by a spirit that often tried to kill him, the boy was unable to speak. The story continues in chapter nine of Mark with the father begging Jesus,

“But if you can do anything, have pity on us and help us.” Yeshua said to him, What do you mean, ‘if you can’? Everything is possible to someone who has trust!” Instantly the father of the child exclaimed, “I do trust — help my lack of trust!”

I am not saying that Jesus’s words and actions cannot have other significant meaning. Everything He said and did has infinite revelatory purpose. Additionally, I am not saying the word ‘believe’ does not appear in the Bible. I am saying that perhaps the word ‘believe’ would better be rendered as ‘trust.’ Multiple verses from the book of John in the Complete Jewish Bible are translated in this manner.

Don’t let yourselves be disturbed. Trust in God and trust in me. John 14:1

Yeshua declared publicly, “Those who put their trust in me are trusting not merely in me, but in the One who sent me. John 12:44

Yeshua answered, “I am the bread which is life! Whoever comes to me will never go hungry, and whoever trusts in me will never be thirsty. John 6:35

Whoever trusts in the Son has eternal life. But whoever disobeys the Son will not see that life but remains subject to God’s wrath.” John 3:36

For God so loved the world that he gave his only and unique Son, so that everyone who trusts in him may have eternal life, instead of being utterly destroyed. John 3:16

After Adam and Eve ate from The Tree, God reassured them they were not separate from Her by calling out to them, “Where are you?” Obviously, He knew where they were and they knew too; as do we.

My intent here is not to debate semantics but to suggest that knowing and trusting someone–in this case God–delves more deeply into relationship, cosmically.

Love knowing Love, Truth hearing Truth, Beauty seeing Beauty—in other words, the Grace-filled dance of the Trinity which encompasses all of life.

This is the eternal now message.