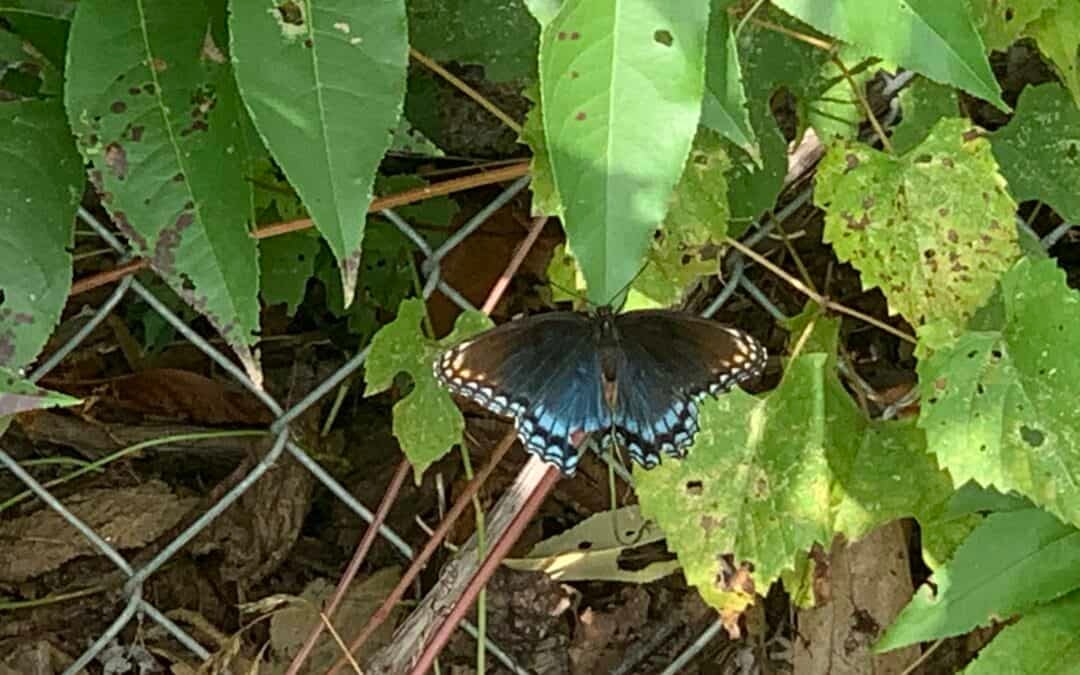 Be kind to yourself, no expectations, no resistance, just keeping company with what is… This is what I remind myself…  John Fridinger 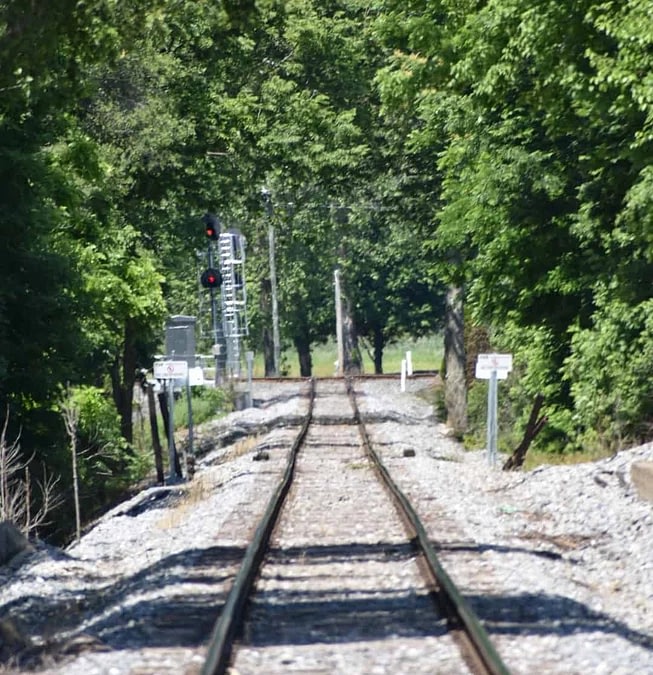 Masked, I was sitting in a local diner with my Dad, waiting for our breakfast when I overheard the gentleman at the next table.  Late seventies or early eighties, this man was expressing his dismay at the current occupant of the White House telling him what to do.  Going so far as to compare President Biden to Hitler.    He further described to his friend how he doesn’t watch the News and he will not go to WalMart because they are now, once again, requiring employees and customers to wear masks.

Stupid is as stupid does.

Miriam-Webster.com defines stupid as: slow of mind, given to unintelligent decisions or acts, acting in an unintelligent or careless manner, lacking intelligence or reason, dulled in feeling or sensation, marked by or resulting from unreasoned thinking or acting.

I would say these definitions explain the thoughts, words and actions of DeSantis, Abbott, other Republican lawmakers/leaders, and anybody that voted for, votes for or supports them in any way, shape or form.

I am constantly confounded by the absurd diatribe that erupts from the mouths of DeSantis, Abbott, McConnell, Greene, Cruz, Carlson, Graham, Hawley, et al, like volcanic vomit. My mind reels wondering how seemingly well-educated individuals can be so mind-boggling, idiotically stupid.

Threatening to defund school systems and not pay school superintendents over mask mandates?  My God, DeSantis, how ludicrous, not to mention stupid!

The health and safety of children are at stake; and so these kinds of mindless and unreasonable decisions break my heart.

I have five grandchildren, two of whom will be headed back to school in three weeks—one in sixth grade and one in second grade—and I am highly distraught and concerned for their health and welfare; for all the children’s health and well-being. My grandchildren will be masked—their parents are not stupid—it is the stupid parents and stupid leaders that concern me.

You know the ones … those like the parents in Idaho that had a mask burning party in March of this year. Or those who say it takes away their freedom and civil rights, or that it is discriminatory, or those who believe the outright, bold face, blatant, sinister lies of the aforementioned bigwigs.

What is it going to take, before people wake up and realize how stupid they have been to remain unmasked?

According to the CDC, “unintentional injuries—such as those caused by burns, drowning, falls, poisoning and road traffic—are the leading cause of morbidity and mortality among children in the United States.”

Let’s be clear, children’s deaths due to COVID are occurring as a result of people’s intentional behavior, due to the folks who are stubbornly and intentionally continuing to remain unmasked.

This, among other things in this insane world that is deeply lost in so many extreme beliefs in separation, makes me absolutely sick at heart.

Please do not waste your breath telling me about my lack of faith or that I am not a Christian or that I should just pray.  I trust God, I am a follower of the Way, and I do pray.

The fact of the matter is every time you look into someone’s eyes, you are seeing God whether you believe it or not. Or if you prefer:

To be fair, I have done and do stupid things–more than I would care to profess. If we are honest with ourselves and will humbly admit it, the vast majority of us do stupid stuff. If we didn’t, our human world would not be in the predicament it is in— dying in so many ways now.

This stupidity is a result of believing the BIG LIE. No, not the lie that Trump won the 2020 election. I’m talking about the lie in Genesis 3:4-5 …

The serpent said to the woman, “It is not true that you will surely die; because God knows that on the day you eat from it, your eyes will be opened, and you will be like God, knowing good and evil.”

We took the bait—hook, line, and sinker—and have been believing ever since in the illusion that we are separate from Eternal Love. Even though later in the same chapter, God proved the illusion false by asking, “where are you?”

Until and as we stop seeing and acting out of unconscious belief, we cannot know how our action and activity can become different; or to borrow some of Albert Einstein’s words, “Insanity is doing the same thing over and over again and expecting different results.”

For more on this, please read Charles Eisenstein’s article;  but be prepared for the ‘twisties.’

I know some people have legitimate reasons for not wearing masks, such as claustrophobia, anxiety, Legionnaire’s disease, interactions with lip readers (WebMD).

That being said, the very least all of us can do is wear the stupid mask …

… and make sure it covers your nose!

Our life is a short time in expectation, a time in which sadness and joy kiss each other at every moment … Joy and sadness are born at the same time, both arising from such deep places in your heart that you can’t find words to capture your complex emotions.  Henri J.M. Nouwen, Out of Solitude

And the king will answer them, ‘Truly I tell you, just as you did it to one of the least of these who are members of my family, you did it to me.’ Matthew 25:40

The verse above comes from Jesus’s final discourse in the book of Matthew seemingly about end times. The Son of Man, Jesus’s preferred reference to himself, has come in his glory to separate the sheep from the goats among all the nations. The qualifying factors for sheep appear to be:

To which the sheep respond, when did we do this? And Jesus answers when you did it to the least of these, who are members of my family, you did it to me. Apparently, the goats did not do these things and are separated to go away to eternal punishment.

This parable or metaphor raises several questions for me and an observation.

And the observation? In the end, it is the King who does the judging; not me and not you.

As a youngster when I would go downstairs for breakfast in the mornings, my mother always had the radio on in the kitchen tuned to a local AM news station. One of the broadcasts we listened to was Paul Harvey and his ‘The Rest of the Story’ segment. Thirteen years have passed since he was last on the air—he died in 2009—but I can still hear his distinct voice and cadence.

In this writing of Henri J.M. Nouwen I hear the voice of Paul Harvey say:

“If you would ask the Desert Fathers why solitude gives birth to compassion, they would say, ‘Because it makes us die to our neighbor.’ At first this answer seems quite disturbing to a modern mind. But when we give it a closer look, we can see that in order to be of service to others we have to die to them; that is, we have to give up measuring our meaning and value with the yardstick of others. To die to our neighbors means to stop judging them, to stop evaluating them, and thus to become free to be compassionate. Compassion can never coexist with judgment because judgment creates the distance, the distinction, that prevents us from really being with the other.” The Way of the Heart

Doesn’t this seem like a more reasonable conclusion to the meaning of the parable in question, especially considering Jesus said the greatest commandment was to love your neighbor as yourself?

Therein lies the problem. We are unwilling to die to our neighbor. Thus, we become unwilling to bake a birthday cake for a transgendered person. We refuse voting rights to people of color; we mock and terrorize LGBTQIA+ beloveds. We judge people based on a label rather than connecting to their hearts.

I can’t think of any eternal punishment worse than the delusional belief that I could be separate from Eternal Love.

According to treehugger.com the main difference between sheep and goats “is how they forage. Sheep are grazers; they ramble slowly eating short plants close to the ground. Goats are browsers; they look for leaves, twigs, vines, and shrubs.”

The parable of the sheep and goats is a call to humility.

At the last supper with his twelve apostles, Jesus took off his robe, tied a towel around his waist and washed the feet of his friends.

Humility keeps us close to the ground where we can wash the feet of our neighbors.

I was walking Polly. I smiled back, though not quite as widely. “Hi, how are you?”

“I’m super fantastic. How are you?”

When the pandemic began, I reluctantly quit volunteering at the JCCM food pantry. One of the regular clients was Jeffrey. I have written about him in this space before. Homeless, few possessions—what he can carry in a backpack—always smiling, yes, always, and with a pep in his step.

“I’m super fantastic too, thank you.”

How could I not respond that I am super fantastic?

I have a roof over my head. I live in comfortable surroundings. I have a closet and dresser full of clothes, shoes, hats, and coats. My refrigerator and kitchen cupboards are full as is my stomach. I have a book shelf full of books to read and electronics to utilize. I drive a bad-ass truck with a tank full of gas that takes me wherever I want and need to go. I have friends and family who ‘get me’ and love me. I have a loving, sweet, gentle dog. I am retired and I have my health.

How could I not be super fantastic? I have so much more than Jeffrey.

If I didn’t have all of the above, would I genuinely and sincerely be able to say I’m super fantastic?

I don’t think it’s about comparing how much stuff either of us have anyway. It’s about knowing Who you are and to Whom you belong and Jeffrey is all in, 100% positive, without any doubt whatsoever sure of Who he is and to Whom he belongs.

My oldest son sent me a birthday card in which he wrote:

Has your latest year of birth been mostly happy? Well, whether or not, I hope you are well. Love, C.

Between isolating (due to the pandemic); enduring the insufferable Mr. Trump; mourning COVID deaths, gun violence, and civil rights injustices; and divorcing, year 62 was challenging. But what year of life for anyone isn’t challenging?

I answered my son, that yes, I am happy.  Upon further reflection of my son’s use of the word ‘well,’ I’d say I am well–it is well with my soul. (Horatio Spafford)

Like Paul, “I am not saying this because I am in need, for I have learned to be content whatever the circumstances.” (Philippians 4:11). Of all people, Paul knew what it was to suffer—wrongfully imprisoned multiple times, beaten, stoned, shipwrecked, abandoned, whipped—still he did not lose heart.

All this love we are reaching to be one with begins with seeing the beauty of our own selves… Without any need to be perfect… The way God loves us… In each rising discovery that we are beautiful in the way God knows beauty the world we have all made up together becomes more beautiful… And so Creation extends, through consciousness, by transforming all that we made up, into Light… J.F.

And so are you!