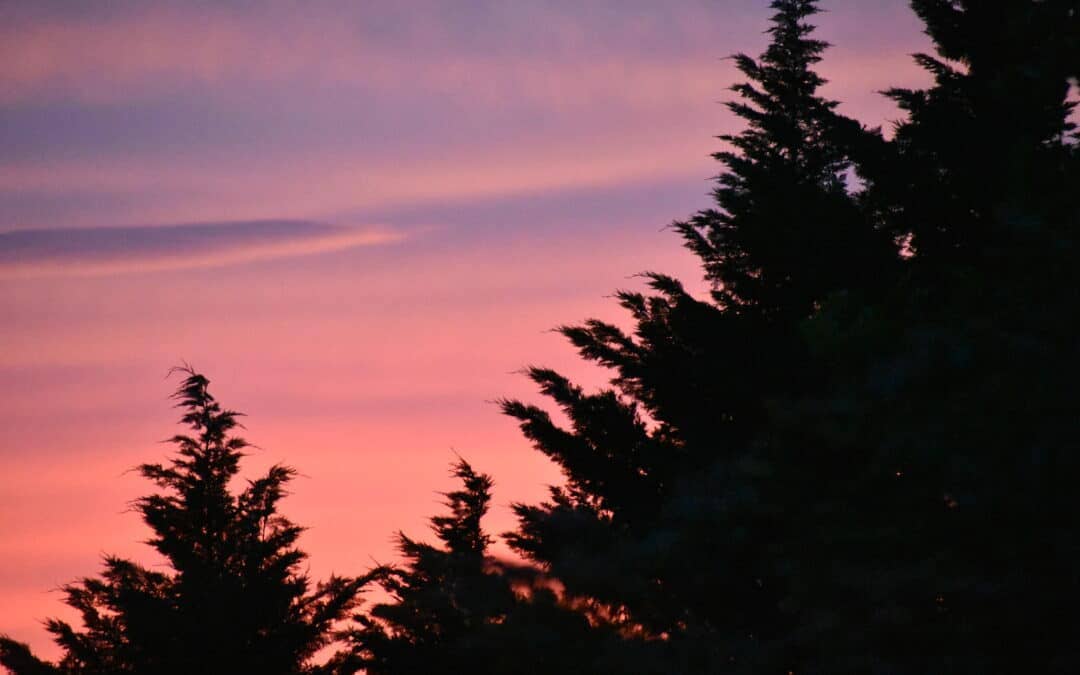 I had almost given up hope …

I am not a morning person, never have been. When I was a preteen, I was gifted a night shirt which was embossed with an image of the Disney dwarf, Grumpy, along with the words, “I don’t like mornings,” or some such phrase.

Because I am a slow riser, I do not like to do anything that breaks the morning stillness and quiet, like talking. I do, however, enjoy the sounds of nature as I arise and begin my day.

Ever since Punxsutawney Phil’s prediction of six more weeks of winter this year—2022—I have been eagerly anticipating the returning birds’ tweets, twitters, and chirps.

I was really concerned that the avifauna population had taken a hit due to dining on pesticide poisoned cicadas last year. When Polly and I took our morning walks, the bird song chorus did not seem as robust as in past years.

This morning, that changed.

Dawn was just breaking and the full moon was setting as we set out. Immediately I could tell the difference. The air was reverberant with the sing-song chorus of birds galore and I was overjoyed to experience their choral performance.

Have you been feeling overwhelmed lately? I have.

I had my thyroid removed in January due to cancer and have been enduring some long-term detrimental side effects of the antibiotics I was given during and after surgery. My gut health, or lack thereof, is wreaking havoc with my bodily functions. Between that and my body’s response to processing the synthetic thyroid hormones, I am not sure what ‘normal’ is anymore.

Not only is my body under assault but so is my mind and heart when I watch the news and see the images coming out of Ukraine, or read about the Republicans’ eleven-point plan to rescue America. Both are equally despicable!

The Republican party appears to desire the United States to return to pre-WWI isolationism by denying that we are an interconnected, interdependent world where isolationism simply will not work without detrimental results to its citizens – i.e. China, Russia.

They glorify the misogynistic, xenophobic, and homophobic Americana of the 1930’s, 40’s and 50’s where might was white, women “knew their place,” and no one other than white, cisgender, heterosexual males had the right to life, liberty, and the pursuit of happiness.

They promote a religion that has nothing to do with the teachings of Jesus and propagate policies that stand in direct contrast to the God they claim to love.

They idolize the man who thinks Putin is smart and savvy, as well as Putin himself.

Look at the birds of the air; they do not sow nor reap nor store away in barns, and yet your heavenly Father feeds them. Are you not much more valuable than they? Matthew 6:26

In the context of the Sermon on the Mount from which this verse is taken, Jesus is talking about worrying. He continues by telling his listeners to “see how the flowers of the field grow.”

Worrying aside, I love that Jesus tells us to look at the birds and to see the flowers. Many of his stories and parables include examples of nature. It is like he is saying the earth itself is where we should turn whenever we are overwhelmed with cares and trauma. The feminine incarnate grounds us and sets us aright.

“Have you not seen
that God
created the heavens and Earth
in truth?
He created all things through His
omnipotence,
adorned them through His knowledge,
and governed them
through His wisdom.
Thus, the one who contemplates
the Creator
through the creation,
the wonders of the creation
will become apparent.
But to the one
who contemplates the creation
through the Creator,
the traces of His omnipotence,
the lights of His wisdom
and the extent and profundity
of His workmanship
… will be unveiled. “
– Sahl al- Tustari

By marveling at creation, we can take comfort in the knowledge that everything serves a greater purpose.

I have said this to you, so that in me you may have peace. In the world you face persecution. But take courage; I have conquered the world!” John 16:33 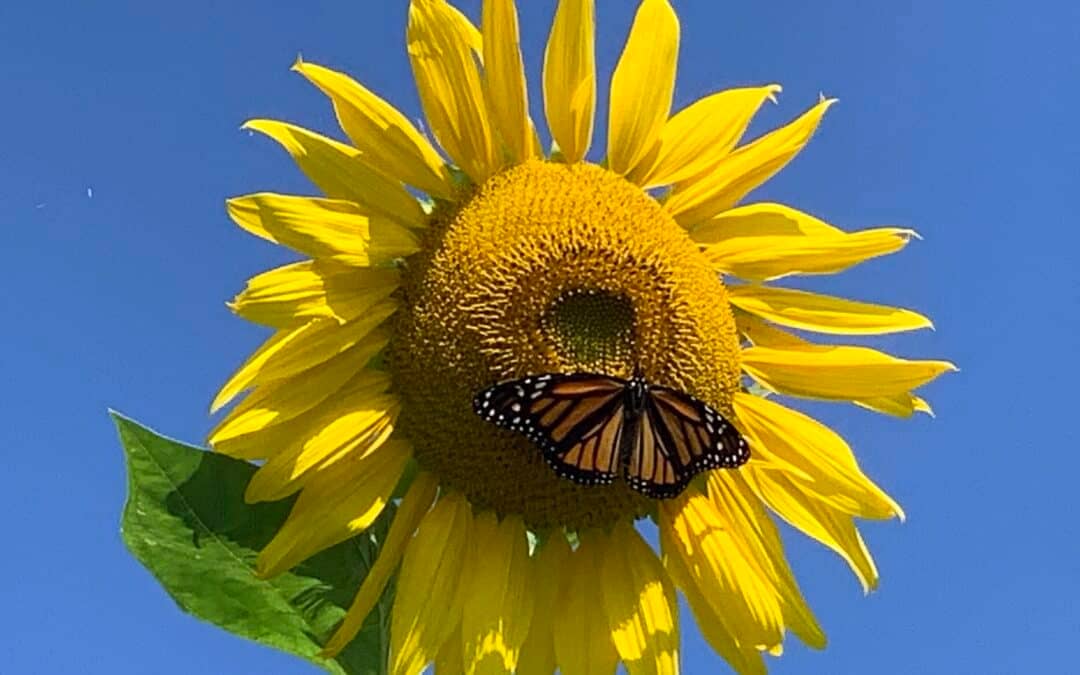 Meditation is supposed to help one get to a place where you just notice the thoughts flying through your mind but not attach to them. When we attach to a thought, then psychologically invest in them, then cherish them, they become beliefs. But when we just notice the thought without psychologically investing in it, then we can remain present without being pulled along by it. David Hayward, Naked Pastor

I Failed the Test

A friend is grieving the loss of her mom.

Another friend just had to put her puppy to sleep.

And another friend is battling illness.

A neighbor passed me in the lobby and with great excitement declared, “My taxes are done and I’m so relieved.”

Being the good guy I am I replied, “Wow that’s awesome. Way to go!!”

But my inside voice really said…

Choosing to be mindful of my moments in life, this moment gave me an opportunity to sit in quietness and think.

What I discovered made me uncomfortable.

Could it be that problems play so well with my “let me fix it” narrative?

Or could it be that when others are down I feel better about my life?

Maybe it’s really that I have a level of compassion for people.

But when people celebrate, sometimes I feel jealous.

Sometimes I want to one up the person with my own success story just to prove I have something to celebrate.

I’ve been learning that it’s ok to be present with my successes and my failures.

And because I’m learning to be ok with it, I’ve made it a goal to lean into my weaknesses and my failures, seeing them both as normal parts of my life.

Leaning into this moment of jealousy, I learned that I’m living out my subconscious programming.

I’m reacting to people and situations with little to no thought.

I want to be a better person and better starts with an honest recognition of where I am in life.

Better calls me to forgive myself for those moments of jealousy.

Better reminds that I must think, act, and live like I’ve forgiven myself.

And when I find them, I’m choosing to listen carefully to their stories.

I’m forming the habit of seeing the situation through their eyes.

And when they celebrate, I’m going to put my heart into honestly celebrating with them.

Oh, and if I don’t get all this right the first time, I’m going to have enough patience and grace with myself to move on until I get better at my new habit.

I’m forming this new habit because when I got quiet, this idea came to my mind.

By forming new habits, I change.

When I change, life gets better for everyone around me.

You’re reading this message because you want to be inspired to live a life that makes a difference.

Listen to what your heart and mind tell you.

Be gracious with yourself.

Let your past be forever in your review mirror and let your eyes be always on the goal of living your best life today.

Benefits of Self Care

I recently wrote an email that encouraged you to BE.

I encouraged you to take care of yourself.
Within 30 minutes of sending that email, these words arrived in my inbox,
“Consider self-care as a way to insist that you matter and are worthy of care.  Make a declaration to practice self-love.  When you tend to yourself you become a person who is vibrant, healthy, passionate and loving.  This state of being encourages relationships to thrive, your health to improve, and creates a sense of purpose.  The ripple effect of this type of action positively impacts those closest to you on many levels.”
– CommonHealthy Weekly Update
When I made the decision to BE, encouragement, inspiration, hope, energy and positive people began showing up everywhere I went.
I started attracting the very things I set out to build into my life.
My decision to BE kind, compassionate, courteous, happy, enough attracted some exceptional people into my life.
As a result, my life is rich.  The more inspired I become, the more positive people I attract.
The more people I attract, the bigger the difference I make in the world.
Our world really needs us to make a difference right now.
Our world needs us to care for ourselves so we bring our best to the world.
We need you to know that you are worthy of greatness.
You’re like a sleeping giant, full of love, grace, compassion and potential.  You can change our world one person at a time!
When you live to be kind, compassionate, courteous, loving, and happy, you exponentially attract those things into your life.
Jeff