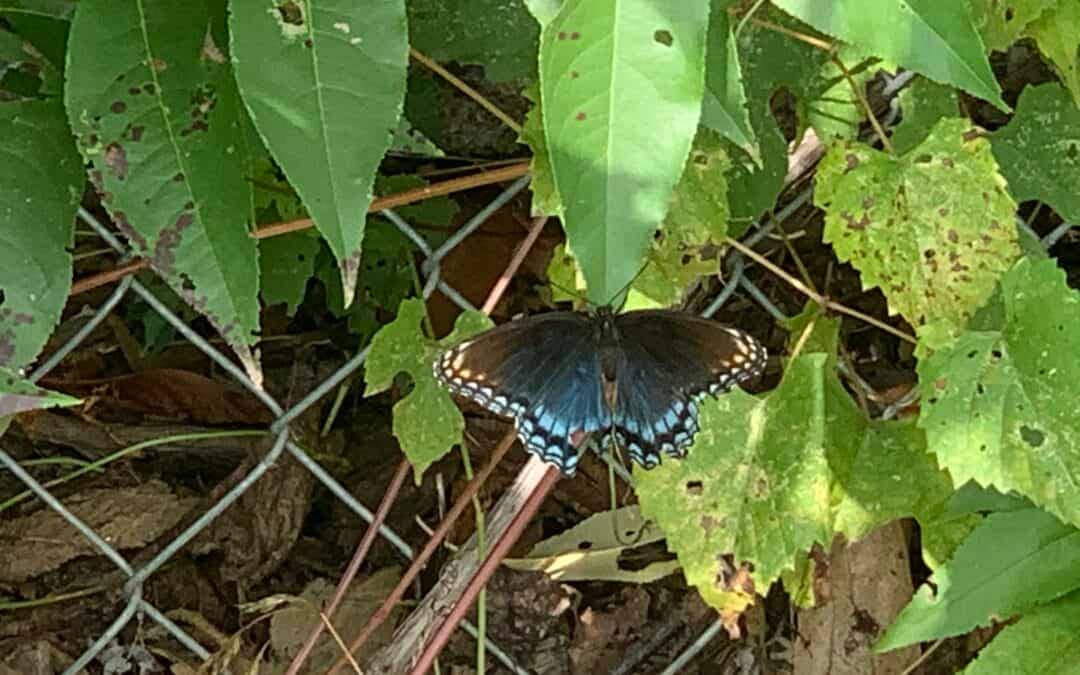 If evangelicals were just a fraction as burdened to stop poverty, hunger, systemic racism, or bigotry as they are about policing LBGTQ folk’s bedrooms, bathrooms, and body parts, we’d have very little poverty or hunger or racism or bigotry–and Jesus’ prayer that the earth look more like heaven would be materializing in our midst and a tangible movement of God would be unmistakable. John Pavlovitz  from If God is Love, Don’t be a Jerk 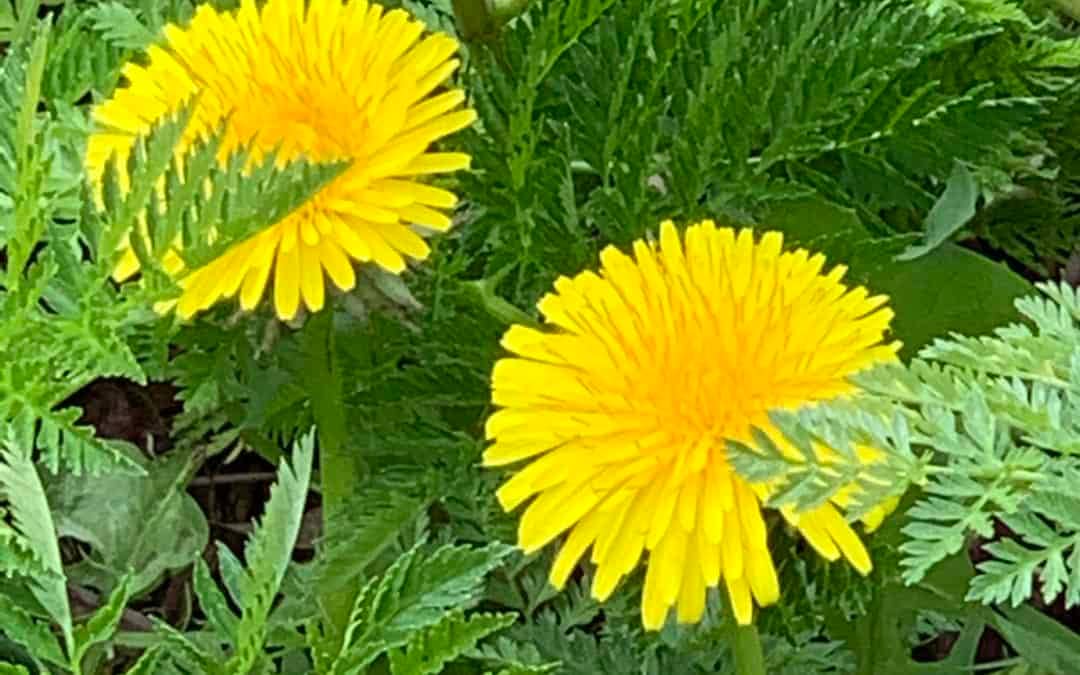 She was sitting at a table by herself in the fellowship hall of the church I attend.

I purchased the altar flowers in remembrance of my parent’s wedding anniversary—what would have been 67 years. Bright yellow Zinnias, deep red Carnations with lavender Asters completed the lovely arrangement which was a perfect blend of mine and my mother’s favorite colors.

Christ spoke to me as she was finishing her microwaved beef stew meal. She said her daughter’s favorite color was yellow and that she had died in the last year.

I could tell in her longing expression, she wanted one of the Zinnia’s but did not want to ask. I was going to give her one anyway. When I handed her the flower, I told her the bouquet was for my mom who had died. She asked how long ago my mother had passed and I said five years.

Thinking the moment had passed, I began to walk away. Christ was not finished with me, however. She called me back, “come here.” I did. She reached for my hand and I accepted hers.

Care-worn wrinkles adorned her face and hands, dirty fingernails and a weathered sweatshirt graced her frame along with garlands of bedraggled hair—I wondered about the life she had lived and was living.

Once our hands were clasped, she closed her eyes and began praying. Because I did not want to miss a moment of this sacred awareness, I kept mine open, watching and listening.

There was no “Gracious God” or “Heavenly Father” beginning. Her prayer was not punctuated with any “thee” or “thou.” No “we just ask,” no promises were made, no sin was mentioned nor forgiveness requested. In fact, the only thing she asked for was for God to bless me and that she, herself, had lost her mother in 2007. Some of her softly spoken words sounded like reverential mumbling. There wasn’t even an “amen” at the end; just a very gentle shake of my hand and her eyes opened.

A good-bye, a thank you—as I was leaving, I glanced back, she seemed lost in sweet memories staring at her flower.

No sermon, no invocation, no hymn that I heard that Sunday morning touched me as deeply as Christ did in that very brief, yet timeless instance.

I cried most of the way home—not sad tears, or happy tears—just tears of realization at how holy beautiful is Christ and how precious is all of Life.

“Mommy, I think my arm is broken.”

In my early thirties, I was single parenting three boys ages three, six and seven. We had just finished dinner, I may have had a load of laundry in the washer and one in the dryer, and I was washing dishes while my sons were playing on the slide in the side yard. After I finished the dishes, under “normal” conditions, the boys would have come in for baths while I folded laundry and prepped for bedtime. We might have played a video game or watched TV, then to bed with possibly a bedtime story, definitely prayers, followed by hugs and kisses and me singing the chorus of “Goodnight Sweetheart Goodnight” by The Spaniels.

I ran a tight ship in order to keep things running like clockwork between daycare, school, working full-time, and the day-to-day challenges of raising three beautiful souls.

There was no window in the kitchen to see what happened prior to my middle son entering it with the monkey-wrenching news.

How it happened and what happened next, reads like a well-loved book in the annals of our family story telling over the last 30 years. Even now there is still some warmhearted debate regarding whether Matthew fell off the slide on his own, “by accident,” or whether his older brother, Christopher, pushed him.

To this day, I don’t know for sure who did what to whom, all I know is my frazzled brain in those moments did not know how to respond.

My gray matter literally went dark. I had nothing. Blank. Zilch. Nada.

After what felt like an eternity, I finally said, “well, just sit still on the couch for a minute …”

After that lackluster response, I went into the kitchen to evaluate just how much dinner mess was left on the table and take stock of the dishes remaining in the sink (I did not have an automatic dishwasher).

My mind is still not clear on what or how I got all three little boys into the van heading for the hospital. Nor do I remember the drive or going through the intake process in the emergency room with three little munchkins by my side.

The next detail I do recall is standing with the physician looking at the x-ray of Matthew’s arm—it was either the radius or the ulna which had a hairline fracture. While the doctor was in the middle of explaining his diagnosis and treatment, an extremely loud and obnoxious alarm sounded throughout the entire emergency room. Every. Single. Person. Heard it.

I frantically looked around for my other two sons. I think, but I am not entirely certain, that my oldest son was standing next to me but definitely not my youngest. Panic-stricken, I began searching for Michael. My outward appearance, while worried looking, did not convey the hair-on-fire, wildly-freaking-out, crazy bug-eyed mother on the inside.

I found him. In the bathroom. Door wide open. For everyone to see. One hand on his penis. The other hand on the emergency call string. He looked at me with a pouting lower lip and innocent three-year-old eyes and said, “I didn’t know what it was for Mommy.”

Was I patient with him? Did I scold him? Did I have him wash his hands? Did Matthew get a soft cast on his arm? Did we leave the ER casually or in a flurry? What was Christopher doing during all of this?

As the only driver’s-licensed person in our merry quartet, I know I must have driven home. Did they take baths? Did I finish washing the dishes and cleaning up the kitchen? Did the laundry get folded? Did I sing to them? Did I reassure Matthew that he would be fine? I have not the foggiest idea or remembrance.

Recently at my grandson’s little league baseball game, Matthew and I were talking about what the future holds and he said, “if you don’t mind some gentle ribbing …” and he preceded to retell his broken arm narrative.

I hanged my head whilst shaking it backing and forth.

Both of us laughing and smiling, yet with me still awash in regret I said, “I’m sorry.”

“You don’t need to apologize. You didn’t do anything wrong.”

“Well, I want it on the record that I apologized.”

“So noted. You were a single mom with three boys.”

And later at home, happy tears.

What a beautiful moment for this loving son to sow seeds of redemptive healing into his mother’s heavy heart by truly seeing her in that instant all those years ago.

Days later I was telling all of this to my cousin, John. I told him that the only metaphor I can think to compare my single parenting experience to is being at bat staring down dozens of pitchers all throwing 100-mph fast balls at me at the same time and not knowing which pitch to hit first.

I feel this way now as I watch the Republican lawmakers and governors behaving like middle school children. Governors Abbott and DeSantis must have failed General Science in sixth grade and never caught up; this is the only explanation I can comprehend to explain the ridiculous legislation they propose and sign into law concerning mask mandates, vaccines and abortion. And I am absolutely certain that Mitch McConnell and the radicalized Republicans must have failed Social Studies and Civics. Otherwise, why would they be holding Uncle Sam hostage?

I taught Middle School for 16 years. I am very familiar with the chaotic and nonsensical behavior of tweens and teens desperately trying to come to terms with their identity. They can be very sweet, kind and generous. Other times, and sometimes more often than not, they are snotty-nosed brats that could care less about anybody else but themselves, with blindingly selfish and arrogant thoughts, words and deeds. Here is where Mitch and his cohorts remain stuck.

Mixed into the chaos of our current political conundrum is climate change, with our magnificent planet in what seems like its final death throes. Not to mention the pandemonium of the pandemic, the unbridled greed of pretentious billionaires, unscrupulous power-hungry world leaders such as Putin, FORMER President Trump, and Xi Jinping, and the immeasurable and incomprehensible grief, pain and loss everywhere …

Yes, indeed! I tell you that unless a grain of wheat that falls to the ground dies, it stays just a grain; but if it dies, it produces a big harvest. John 12:24

Is Jesus pointing only to his own death and resurrection in this verse, or could there be something deeper? Literally speaking, how does a single grain of wheat produce a big harvest?

If our hearts are like soil (think the parable of the sower/soils), then maybe we are all planting seeds by how we respond to our circumstances.

Emotions can be chaotic, particularly pain, loss, grief, mourning, freaking out, feeling overwhelmed, but those feelings are not the ‘end of the world’ if I use the energy inherent within the chaos in a seed-sowing way. That may mean asking myself ‘what am I believing’, or sitting with the emotions and allowing them to be, breathing through, and/or acting on them to help others. Whatever it is, it is my choice. Succumbing to the malevolence (getting stuck or caught) is simply missing the mark. Yet, even missing the mark can compost the soil which is the beauty of free will.

I do not know when or how my son came to the life-giving realization that he did, or how long the seed had been sown before our conversation, but the soil was fertile and the harvest was produced.

All the chaos and craziness? It is just a bunch of manure to nurture what comes next.

I know this sounds rather harsh, but as we come closer to the end, or rather the beginning, the more resistant insanity and illusion will be to Truth.  This world will become even more lost and delusional.

Nevertheless, I am continually with you; you hold my right hand.  You guide me with your counsel and afterwards you receive me to glory.  Whom have I in heaven but you?  And with you, I lack nothing on earth.  My mind and body may fail, but God is the strength of my heart and my portion forever.  Psalm 73:23-26