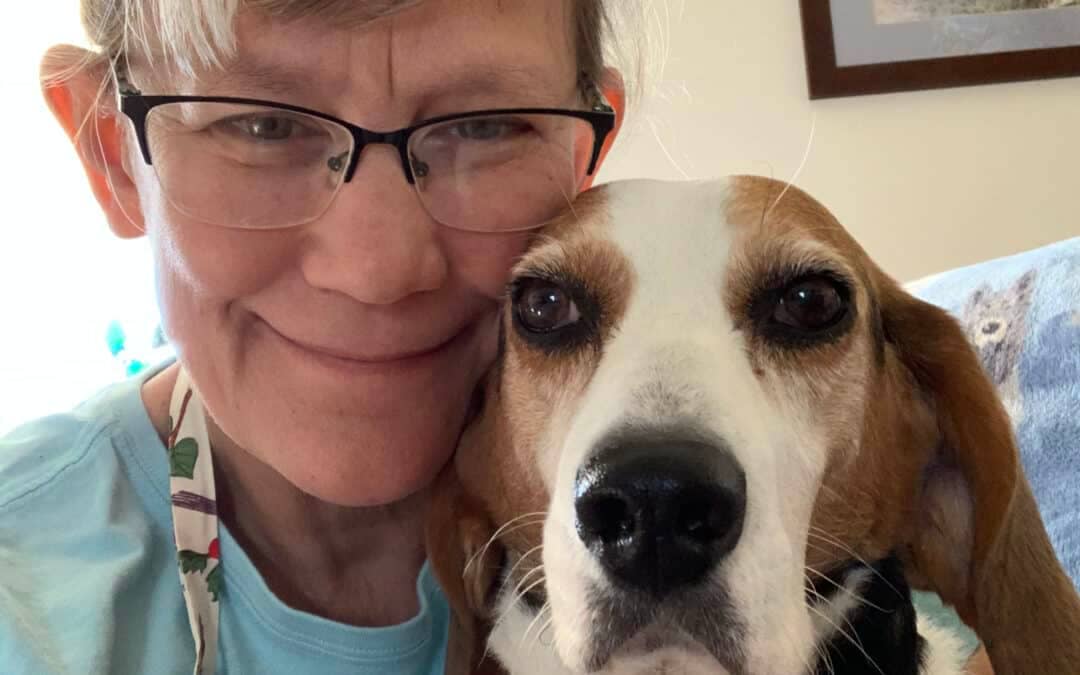 I find myself feeling out of step with the world these days.

Between the pandemic and a recent painful personal experience, I feel like any blinders I may have been wearing have been ripped off. The only place I don’t seem to feel at loggerheads is in experiencing nature.

I use to be a night owl, but since adopting my dog, Polly, I am rousted out of bed between six and six thirty every morning; and I couldn’t be happier! Our early morning walks set the tone for the rest of the day.

Have you ever listened to a foggy dawn? When the fog lays on the earth like blanket on a cozy bed, it dampens any sound perpetuating calm stillness and unfathomable peace. Have you ever looked at a field of unmown grass swaying in the breezy sunshine and seen a kaleidoscope of greens? Absolutely mesmerizing! What about walking through dewy covered grass? One morning I looked down at the beads of perspiration and noticed what I thought was a five-leafed flower. Turns out it was the remains of a dandelion completely seed-barren looking like a misty star. My path was littered with these shining gems.

… this is where I feel most at home. This moment. This now. This awareness.

This is where I go in my heart when …

… I see the human rights abuses of the Palestinians. Prime Minister Netanyahu, what is your objective? You have taken a page out of Hitler’s holocaust of the Jews.

Or I hear Senate Republican lawmakers speak with forked tongues.

Mitch McConnel, aren’t you tired? Aren’t you tired of all your and your party’s lies? Only an artless hasty-witted miscreant such as yourself and your party legislators would be committed to being “100 percent focused on stopping Biden’s administration.” That’s not much of a party platform; certainly not one worthy of re-electing spineless mealy-mouth blaggards to office.

Andrew Clyde, do you seriously believe that January sixth was “a normal tourist visit?” If so, why did you block the Senate chamber doors? Why not welcome them in? Greg Abbot, do you really think that an “extreme six-week abortion ban” is admirable and praiseworthy? You have just set women’s rights back 150 years at least. Brian Kemp, how can you sign such loathsome, oppressive and despicable voting laws? Face it, you are out of touch with the reality of the 21st century as are most of the elected officials in your party.

Wait a minute, I thought I was out of step?

Between stimulus and response there is a space. In that space is our power to choose our response. In our response lies our growth and our freedom.
—Viktor Frankl

That’s where and who I am.

If only we all realized that is who and what we are; what a lovely place this would be. 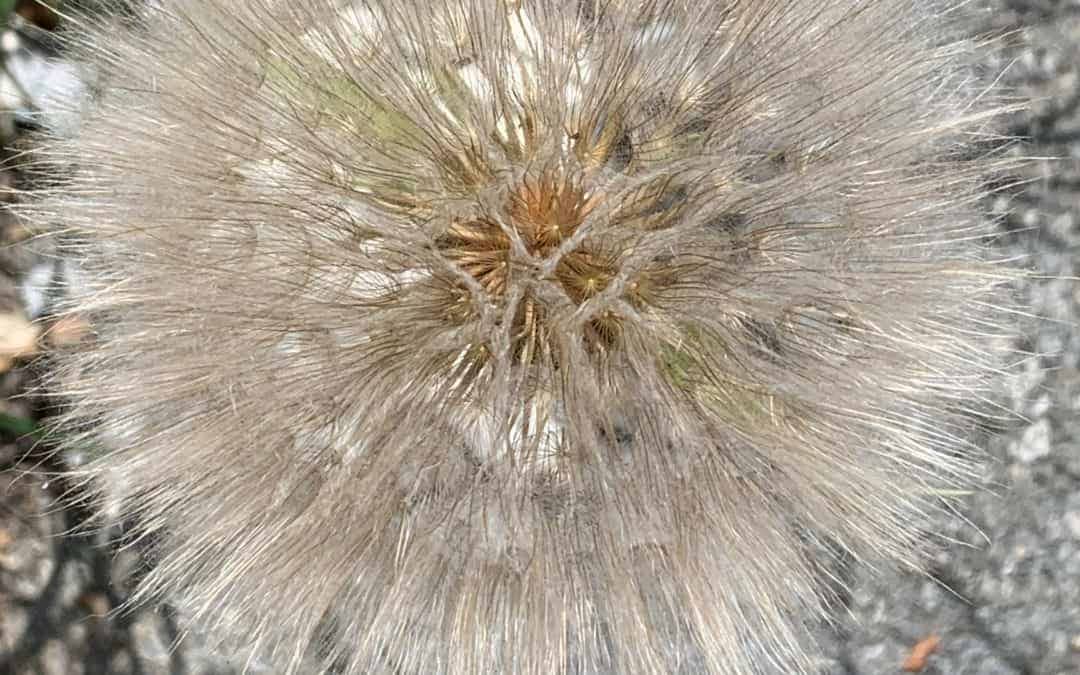 And Jesus said to them, “Do you not understand this parable? How will you understand all the parables?

“How then will you understand all the parables?” (Mark 4:13)

What is most important to Jesus? Salvation? The poor? Tithing? Sin? End times? Grace? Love? Personally, I think the most important thing to Jesus was and still is a person’s heart—whether it be a hardened heart, a fearful (rocky) heart, a distracted heart (a heart with thorns) or a good heart. Everything he said and did got to the heart of one’s heart.

Although not a parable, the story of the rich young ruler who asked Jesus what he should do to inherit eternal life is a primary example of what Jesus cared about the most. After finding out that the man had kept all the commandments, Jesus told him to sell all that he had, give to the poor and follow him. This made the young man quite unhappy because he was very wealthy.

Did Jesus really want him to sell all of his possessions?

I don’t think so.

I’m not a theologian, scholar or minister, yet it seems to me Jesus knew the soil content of the man’s heart. The rich young man had kept all the commandments, so his heart may not have been rocky. Yet the “deceitfulness of wealth” had choked the word of God for him, making the man’s thoughts, actions, and his attention to the commandments “unfruitful.” In other words, Jesus knew the wealthy fellow was trusting in an illusion—that of wealth—which could never help him remember.

Isn’t that what our purpose on this earth is? To help ourselves and others remember what is truly important, sometimes understood as our shared awareness of who and what we really are?

The truth of our shared awareness is most apparent in the parable of the laborers in the vineyard found in Matthew 20: 1-16.

The workers who were hired at the beginning of the day expected to be paid more than those hired towards the end of the day. “And when they received the same pay as those who were hired last, they grumbled against the landowner, saying, ‘These last worked only one hour, and you have made them equal to us who have borne the burden of the day and the scorching heat.’”

Can’t you hear them? Their voices are whining, “that’s not fair” while altogether missing the mark.

With this parable Jesus exposes the content of our hearts and it is the very reason he told parables in the first place: “Though seeing, they do not see; though hearing, they do not hear or understand.” The laborers that were hired first and paid last simply did not get it. They totally bought into the beliefs of power, wealth, and hierarchical ideologies.

Did you notice what they said? “… you have made them equal to us …”.

Doesn’t that sound exactly like what is happening within the Republican party? GOP lawmakers might as well be saying, “our votes count more because we are white.” In essence that is exactly what they are saying when they enact their repugnant and restrictive voting laws.

Like coronary bypass surgery that redirects the flow of blood, Jesus pinpoints with laser beam accuracy the aberrations in one’s heart that obstructs the free-flowing energy of Truth, Beauty, Equality and Love.

What got me started on this exploration, though, was weeds.

One of my least favorite chores in the Spring is pulling weeds. They always seem to come back no matter how many times I dig them up. Most likely that is because I am not getting the roots. I would just as soon take the weed whacker to them and be done with it; that, however, is not always possible.

How do we decide what is a weed and what isn’t?

Bobvila.com defines a weed as “any plant that grows where it is unwanted.”

Now that is a broad definition! Sounds like even good soil can and does grow weeds. Within such a wide of scope, how does one decide which plant is which?

“The kingdom of heaven may be compared to someone who sowed good seed in his field; but while everybody was asleep, an enemy came and sowed weeds among the wheat, and then went away. So, when the plants came up and bore grain, then the weeds appeared as well. And the slaves of the householder came and said to him, ‘Master, did you not sow good seed in your field? Where, then, did these weeds come from?’ He answered, ‘An enemy has done this.’ The slaves said to him, ‘Then do you want us to go and gather them?’ But he replied, ‘No; for in gathering the weeds you would uproot the wheat along with them. Let both of them grow together until the harvest; and at harvest time I will tell the reapers, Collect the weeds first and bind them in bundles to be burned, but gather the wheat into my barn.’” (24-30)

“The one who sows the good seed is the Son of Man; the field is the world, and the good seed are the children of the kingdom; the weeds are the children of the evil one, and the enemy who sowed them is the devil; the harvest is the end of the age, and the reapers are angels. Just as the weeds are collected and burned up with fire, so will it be at the end of the age. The Son of Man will send his angels, and they will collect out of his kingdom all causes of sin and all evildoers, and they will throw them into the furnace of fire, where there will be weeping and gnashing of teeth. Then the righteous will shine like the sun in the kingdom of their Father. Let anyone with ears listen! (36-43)

Is it a coincidence that the writer of Matthew places the parable of the wheat and tares directly following the parable that unlocks all the other parables?

I do not think so!

The parable of the sower is the ‘big picture’ while the parable of the wheat and tares is more personal. The field is my heart, your heart, our hearts, full of worries, concerns, and/or the desire to believe in the illusion of any number of false hopes. Interestingly enough, tares are “a type of weed that resemble wheat during early stages of growth” and its “pollen is used to make medicine while the weed can be used as pasture grass …” (wiki.diff). Is it any wonder we can’t always tell what is wheat and what is a tare within our own heart?

Jesus is saying if we don’t consistently ask ourselves, “who is remembering (or forgetting) what, who is putting the feelings, memories and felt contractions and sensations into words, and finally and most importantly what are at least some of the beliefs behind it, that are making it all seem/feel real? And then to take any answers that come up, and ask what are the beliefs behind that belief?,” then our hearts can become hard and nothing will grow. We just end up weeping and gnashing our teeth; burning in illusion, grinding our teeth because we have forgotten to remember.

For those who accept Jesus’s explanation of the wheat and tares as strictly apocalyptic, I offer the following:

A quick etymology of the word will help: kaluptein is the Greek word for “to cover” and apo means “un,” so apokaluptein means to uncover or unveil. While we primarily use the word “apocalypse” to mean to destroy or threaten, in its original context, apocalypse simply meant to reveal something new. The key is that in order to reveal something new, we have to get the old out of the way. Richard Rohr

With each parable, metaphor, allegory and encounter, Jesus calls us to check the status of our heart and remember.

One day I will move on and no longer be in this current form. At that point the tares will be burned away and I will shine like the sun.

I won’t have to remember that I am already Light.