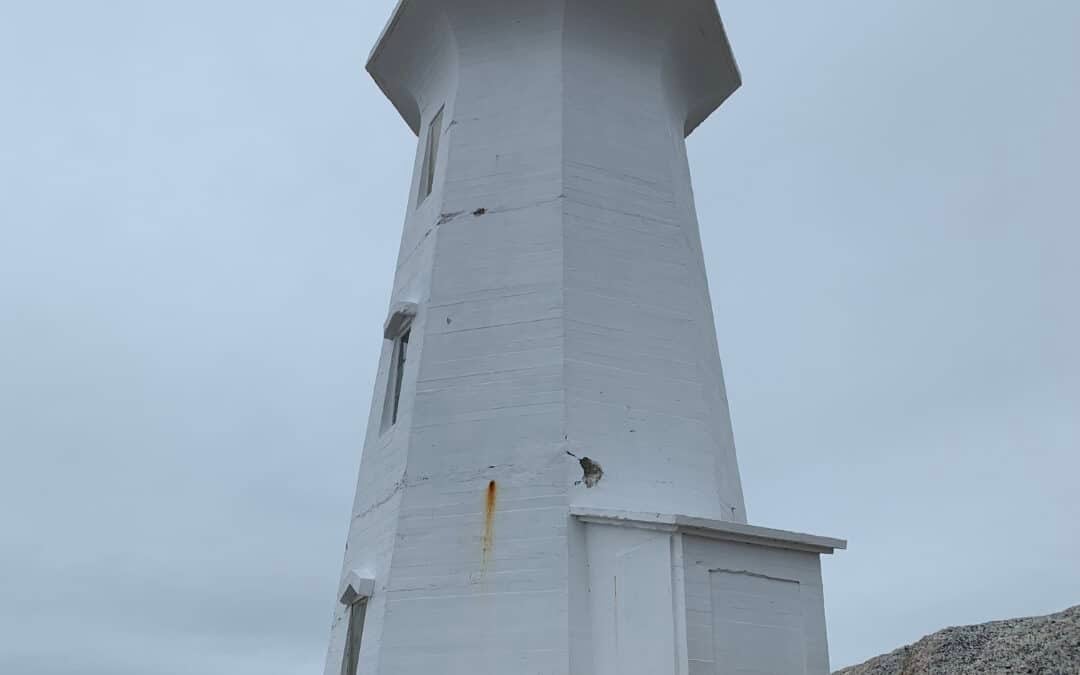 A yellow light on my dashboard caught my attention; it was the flat tire indicator. I checked the air pressure in each tire and inflated all four to the appropriate psi. Even after driving around, the light remained on. I re-checked and the tires appeared to be maintaining their air pressure. I did consider putting a piece of duct tape over the indicator light, but thought better of it.

Instead, I took my truck to a locally owned automotive repair shop. The extraordinary kindness of the employees was immediately evident. Everyone went out of their way to be helpful; and I said as much to the clerk when I paid my bill.

She said “it all boils down to treating people the way you want to be treated.”

The apostle Paul lists kindness as one of the “fruit of the Spirit” to the church in Galatia.

But the fruit of the Spirit is love, joy, peace, patience, kindness, goodness, faithfulness, humility, self-control. Nothing in the Torah stands against such things. Galatians 5:22-23 Complete Jewish Bible

As I contemplated these attributes, I wondered if there is a reason for the sequence of the “fruit?” Is one trait more important than another? I found one article on-line to suggest that yes, from the beginning of the list to the end, one quality grows into the next. I’m not totally convinced that is true—they all seem equally important to me.

However, the longer I examined the list the more intrigued I became with how the attribute of kindness is smack dab in the middle of the nine. Moving forwards and backwards in the list, kindness is fifth—fifth from the beginning and fifth from the end—as if kindness is the pinnacle, the acme, the vertex of the fruit of the Spirit.

I even checked ten or so other translations to see if the arrangement changed in any way. Aside from a few paraphrased translations and the use of various synonyms in others, kindness remained rooted in the middle.

A little more research yielded the following information about the number five:

The number 5 symbolizes God’s grace, goodness and favor toward humans … Five is the number of Grace, and multiplied by itself, which is 25, is ‘grace upon grace’ (John 1:16) … The God’s law consists of five books, which are called Pentateuch. The New Testament Pentateuch consists of the 4 gospels and the book of Acts, which can be considered God’s grace and favor to the humankind. (biblestudy.org)

Ceramicist and author, Rupert Spira says “… I consider kindness one of the highest virtues … what we do to another, we literally do to ourselves …”

Kindness, it seems, is the beacon of hope; a light necessary to heal a year filled with the darkness of immeasurable and unrelenting grief and pain, seemingly insurmountable hatred and divisiveness, and incalculable suffering and need.

Kindness … let your light so shine. 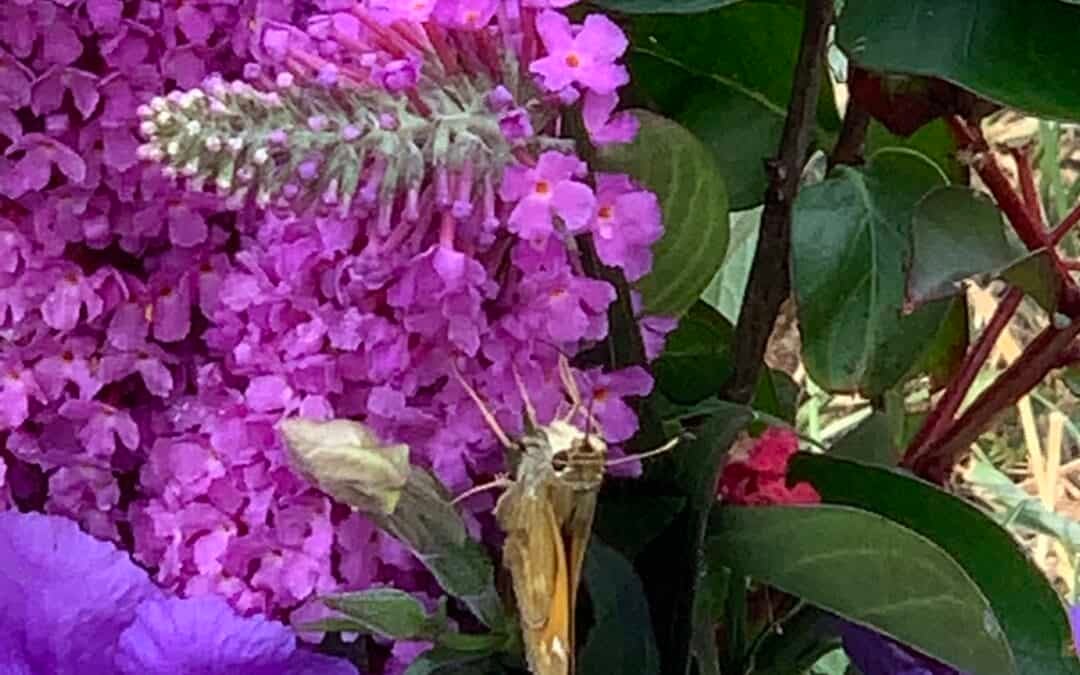 “Listening to that voice with great inner attentiveness, I hear at my center words that say:

‘I have called you by name, from the very beginning.  You are mine and I am yours.  You are my Beloved, on you my favor rests.  I have molded you in the depths of the earth and knitted you together in your mother’s womb.  I have carved you in the palms of my hands and hidden you in the shadow of my embrace.  I look at you with infinite tenderness and care for you with a care more intimate than that of a mother for her child.  I have counted every hair on you head and guided you at every step.

Wherever you go, I go with you, and wherever you rest, I keep watch.  I will give you food that will satisfy all your hunger and drink that will quench all your thirst.  I will not hide my face from you.  You know me as your own as I know you as my own.  You belong to me  I am your father your mother, your brother, your sister, your lover, and your spouse … yes even your child … wherever you are I will be.  Nothing will ever separate us.  We are one.'”

The following is an excerpt from ushistory.org about the Pledge of Allegiance:

“The Pledge of Allegiance was written in August 1892 by the socialist minister Francis Bellamy (1855-1931). It was originally published in The Youth’s Companion on September 8, 1892. Bellamy had hoped that the pledge would be used by citizens in any country.

In its original form it read:

“I pledge allegiance to my Flag and the Republic for which it stands, one nation, indivisible, with liberty and justice for all.”

In 1923, the words, “the Flag of the United States of America” were added. At this time, it read:

“I pledge allegiance to the Flag of the United States of America and to the Republic for which it stands, one nation, indivisible, with liberty and justice for all.”

In 1954, in response to the Communist threat of the times, President Eisenhower (a Republican, by the way) encouraged Congress to add the words “under God,” creating the 31-word pledge we say today. Bellamy’s daughter objected to this alteration. Today it reads:

“I pledge allegiance to the flag of the United States of America, and to the republic for which it stands, one nation under God, indivisible, with liberty and justice for all.”

What does this covenant mean to you? In light of the fact that Mr. Bellamy wrote it to “be used by citizens in any country,” shouldn’t there be a deeper more enlightened interpretation than simply devotion to one’s country?

There is a lot of talk about “unity” these days … unity and healing.

Both of these concepts appear to be the go-to sentiments since the 2020 election results were called for Mr. Biden by the Associated Press just a week ago. After a bit of research, I found the word ‘unity’ is a fairly common term in presidential inauguration, acceptance and concession speeches especially after particularly contentious campaigns and close election outcomes.

After all, we are the United States of America.

In light of the way so many people vehemently support the Pledge of Allegiance, how can those same folks say “America, love it or leave it?” Also, please note, right-wing Republicans and fundamental Evangelical Christians, that this oath that is at the very heart of your patriotic nationalism was written by a “socialist minister.” How is that for irony?

I have few enough friends on Facebook that it is very easy for me to tell when someone has unfriended me. As a result of my outspoken support of truth in the face of Mr. Trump’s lies and Mr. Biden’s win, I lost several of them in recent times. They felt, it seems, they could no longer associate with me due to, what appeared to them, as my supposed “hatred” of Mr. Trump.

And that’s just the thing …

I do not hate Mr. Trump. I do not hate anyone who supports him. To do so would be to believe they are not also children of God, and that is simply not true. Furthermore, in this very shared, interactive and interdependent world of ours, we cannot ever for very long disassociate from “our enemy” as some bloggers I have read suggest.

Jesus is adamant about how we are to respond to our enemy. Over and over again, His mandate is crystal clear in stories like the Good Samaritan and in the message of the Sermon on the Mount.

But I say to you, Love your enemies and pray for those who persecute you, so that you may be children of your Father in heaven; for he makes his sun rise on the evil and on the good, and sends rain on the righteous and on the unrighteous. For if you love those who love you, what reward do you have? Do not even the tax collectors do the same? And if you greet only your brothers and sisters, what more are you doing than others? Do not even the Gentiles do the same? Matthew 5:44-47

If you do not believe him, perhaps the wisest king in Hebrew history can persuade you. Solomon said:

If your enemies are hungry, give them bread to eat; and if they are thirsty, give them water to drink; for you will heap coals of fire on their heads, and the LORD will reward you. Proverbs 25: 21-22

To “heap coals of fire” on the heads of our enemies means to choose to act out of generous, selfless love rather than vengeance and retribution.

This is not easy! Just ask Malala Yousafzai or Corrie Ten Boom or Martin Luther King, Jr. or Gandhi or Nelson Mandela or Dietrich Bonhoeffer.

As I write this, I am looking out my front window through my neighbor’s yard to a house on the next block that has a blue Trump banner flying on the front porch. I have never met the person(s) living in that home but I could certainly make assumptions about them.

What good would that do? The anger, frustration and, yes, hatred toward them that fills my heart as I look at that pennant only hurts me!

And just because I have not been formally introduced to them, does not mean that I have not stood in line with them at the grocery store, or sat beside them at the doctor’s office, or had some kind of interaction with them in the course of one of my days.

Whether we know who are enemy is or not, we are called to treat people the way we want to be treated.

Perhaps this the true spirit of awareness Mr. Bellamy was calling forth in all God’s children.

For further perspective on this topic, please visit: https://www.cnn.com/2020/11/14/europe/nazi-grandfather-store-scli-intl-grm/index.html

For more on the meaning of “heaping burning coals,” please visit the following site:
https://free.messianicbible.com/feature/time-heap-burning-coals-enemy-2/