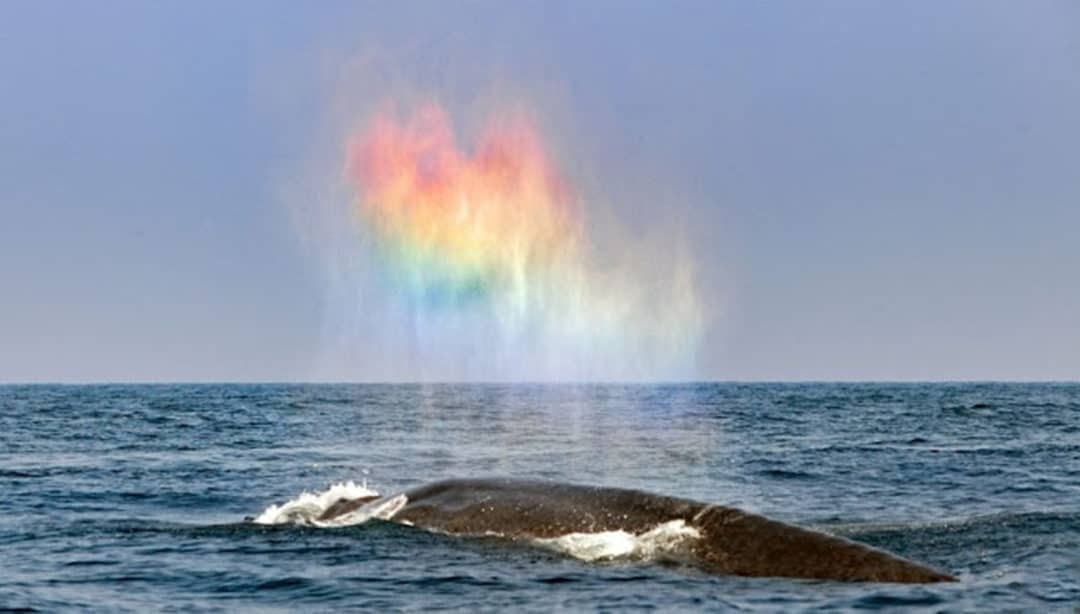 “Take back the rainbow,” a slogan that originated with the Christian organization, Answers in Genesis, as a reaction to the LGBTQ community’s use of vibrant rainbow-colored flags as their symbol, just came into my awareness.

“Take back the rainbow” seems to be an odd and rather narrow minded perspective of this God given symbol. That is the trouble with gripping so tightly to representations or idols, they become a means of reactionary divisiveness.

According to the Torah, after the flooding of the earth, God spread the arc of color to seal a promise . . .

I establish my covenant with you: Never again will all life be destroyed by the waters of a flood; never again will there be a flood to destroy the earth.” And God said, “This is the sign of the covenant I am making between me and you and every living creature with you, a covenant for all generations to come: I have set my rainbow in the clouds, and it will be a sign of the covenant between me and the earth. Genesis 9:11-13

To those of the Jewish and Christian faith, the rainbow is a holy and sacred sign of Love and hope; and no less so to LGBTQ folks who have endured maltreatment, ridicule, and discrimination. This is not to say that Jews and Christians have not suffered horrendous and unimaginable oppression and persecution. Abuse and victimization are imposed by those identified with the belief in separation and suffered by all human beings, or, if you prefer, affliction and trauma can be the result of a fallen world.

What most interests me is the light which creates this Roy G. Biv phenomenon; the incredible way that the light of our sun refracts through the waters of the atmosphere to reveal light’s infinite possibilities.

The following verses from the Hebrew Bible appear to suggest that the first, and I dare say most important, gift we have been given is light!

Then God said, “Let there be light”; and there was light. God saw that the light was good, and God divided the light from the darkness. Genesis 1:3-4

Light is an important theme throughout the Bible. Jesus intuitively understood this . . .

Yeshua spoke to them again: “I am the light of the world; whoever follows me will never walk in darkness but will have the light which gives life.” John 8:12

. . . and its illuminative purpose—the Greek word for “darkness” in the verse above is “skotia” which is “used to describe ignorance of divine things.”  Within this context it seems we are being told that, if we choose, we have the ability to shine by the light of the Holy Spirit and bring healing and wholeness to a hurting world. In Matthew 5:15-16 Jesus tells us . . .

Likewise, when people light a lamp, they don’t cover it with a bowl but put it on a lampstand, so that it shines for everyone in the house. In the same way, let your light shine before people, so that they may see the good things you do and praise your Father in heaven.

There is some question as to the origin of the following quote—Albert Einstein or Baruch Spinoza—nevertheless it works well here.

We are slowed down sound and light waves, a walking bundle of frequencies tuned into the cosmos. We are souls dressed up in sacred biochemical garments and our bodies are the instruments through which our souls play their music. 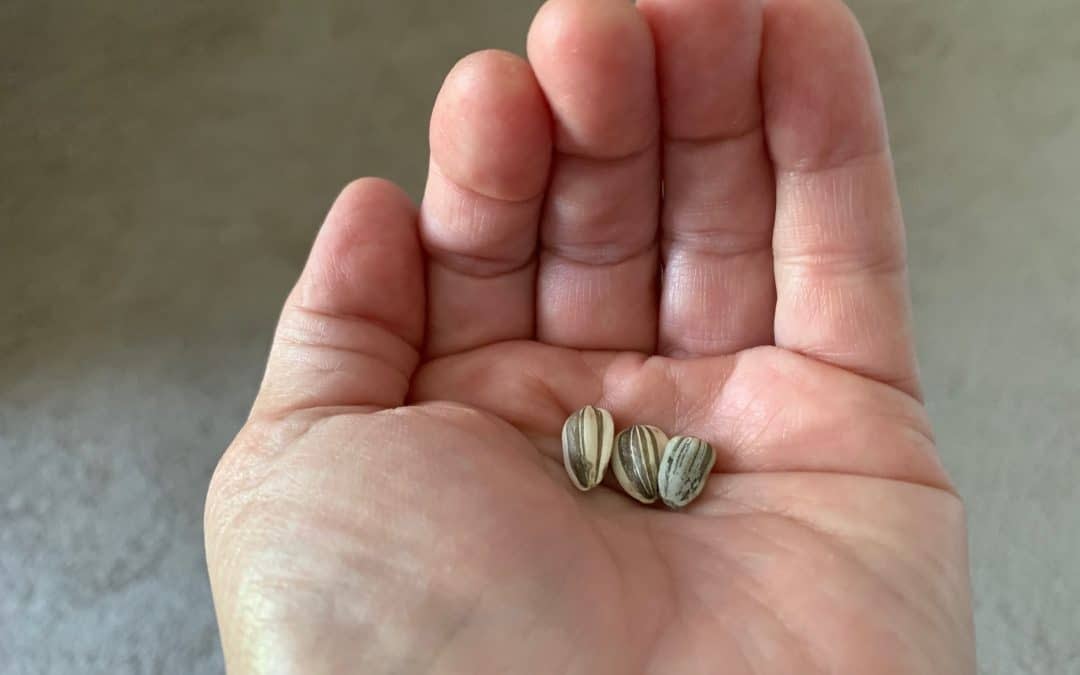 I was dismayed by a recent Facebook video posting of a hockey coach giving his (high school/college age) players a locker room pep talk, by saying “If anybody is going to disrespect the flag, get the f*** out.” After another minute of his rallying cry, the video cuts to President Trump speaking about his views on respecting the flag and our nation, at which point I scrolled forward through the newsfeed praying in the Spirit.

Having been a sixth grade Social Studies teacher for five of my 17-year-career, I know first-hand that teaching patriotism and nationalism can be a sticky wicket, especially when students espoused understandings and beliefs that differed from my own.

As the hockey coach’s statement ruminated in my heart, I began to wonder about the origins of the phrase “America, love it or leave it” and the corresponding brand of divisive thinking.

This pro-war slogan of the Vietnam War era appears to have its beginnings with Walter Winchell, who supported Senator Joseph McCarthy during the 1950’s when the fear of communism swept across the United States.

What purpose does such unimaginative thinking serve? Can that kind of polarized rationale really solve anything, much less the myriad of complex and serious issues currently facing the United States? What causes someone to so vehemently support such linear and dimensionless reasoning?

I can only imagine the intense and profound pain one must feel in one’s heart to hold such oppositional and unrelenting beliefs.

In light of this, how do we minister to our fellow man?

Perhaps this is what Jesus had in mind when he said,

“You have heard that our fathers were told, ‘Eye for eye and tooth for tooth.’ But I tell you not to stand up against someone who does you wrong. On the contrary, if someone hits you on the right cheek, let him hit you on the left cheek too! If someone wants to sue you for your shirt, let him have your coat as well! And if a soldier forces you to carry his pack for one mile, carry it for two!” Matthew 5:38-41

Israel, under Roman domination, was faced with this exact, same oppressive mentality and Jesus called them to a supernatural, sacrificial, non-resistant Love . . . much like Ghandi and Martin Luther King, Jr. called in their time and place.

This kind of Love empowers the giver to a greater spiritual awareness while also inviting healing (or at least planting the seed of that possibility) within the receiver.

I have only an inkling of what this would look like in today’s world.

Perhaps it looks like a football player with one hand on his heart and the other hand on the shoulder of a kneeling player during the playing of the national anthem.

. . . maybe it looks a hockey player courageously rising out of his seat, approaching his coach with humility, giving him a gentle bear hug, telling him thanks with genuine sincerity, and walking out of the locker room . . .

. . . while trusting in a more spacious and spiritual purpose.

Whatever it looks like, and however difficult or challenging it may be to do, it is an action filled with the fullness of Truth, Beauty and Love.

One of the great blessings of my life is singing in the choir of the church I attend.

There is something very special about being with a group of people that love to sing. Although we hope we sound good, the quality of the performance is not our primary concern. Ultimately, we long to praise our Creator with the joyful blending of our voices.

As I listened, I heard soprano songbirds in the chirping and twittering, followed by the alto caws of a crow and the kikirikí of several roosters in the neighborhood. A train rumbled nearby with a tenor-quality Doppler effect. No bass as I meandered, but I thought back to the previous night’s rain storm and the deep thunder rolls that seemed to echo forever like a timpani etude.

Not too long ago, my pastor used the term EGR in his message.

I do not know the origin of this acronym, but an EGR is a person that may rub you the wrong way, get on your nerves, be irritating. Interacting with them may feel and sound like a cacophony of screeching brakes followed by the inevitable clanging crash and bash . . . nothing at all like the harmonies of a pleasing ditty.

Aren’t we all an EGR to someone at some time?  I know more often than not my own attitudes prevent me from humming harmoniously with others . . . seems as if David knew this too . . .

Shout for joy to ADONAI, all the earth!  Serve ADONAI with gladness.  Enter his presence with joyful singing.  Psalm 100: 1-2  Another translation says: Make a joyful noise . . .

In living this life, what are the qualities of a lilting aria, an Extra Grace Required ballad?

What if we treated everyone with whom we come in contact daily . . .

. . . with the patience we have for those with a “Student Driver” sign on their vehicle, or give as generously as we do when there has been a natural disaster? How about treating everyone with the care and sacrifice of a Registered Nurse in an intensive care unit, or if we loved everyone with the sympathy and compassion we have for the bereaved? These are just a few of the lines in life’s EGR choral composition.

In other words . . . (Excerpt from I Wish I could Speak Like Music by Hafiz)

So that you could hold Truth
Against your body
And dance . . .

As they joyously spin and surrender
Surrender
Against God’s Luminous breath.