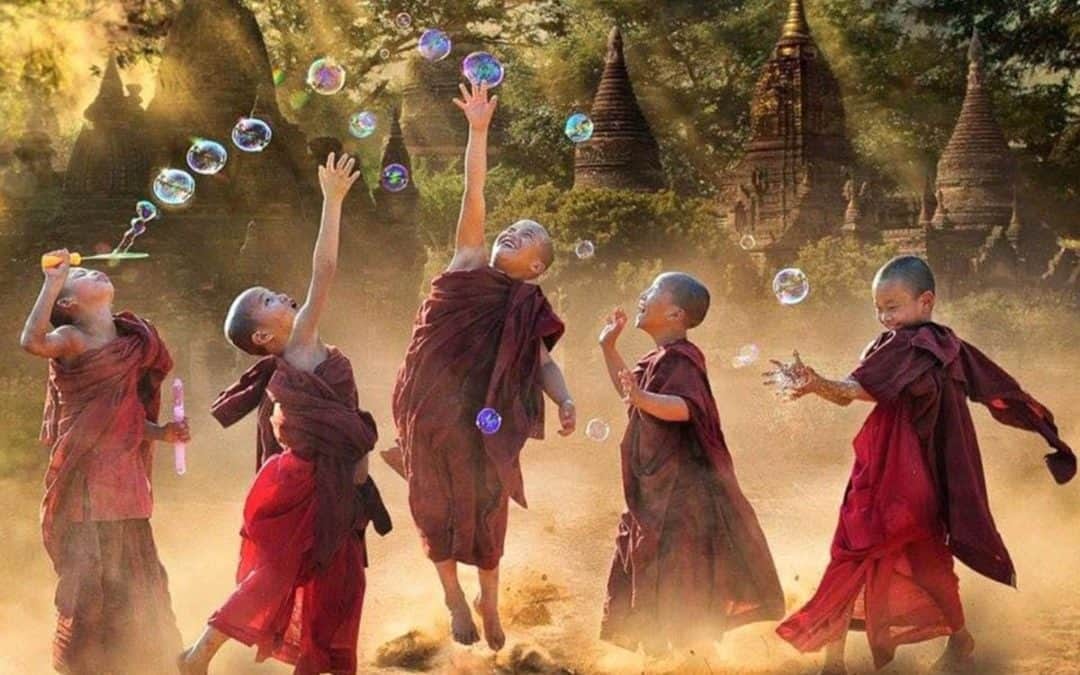 Then David danced and spun around with abandon before ADONAI, wearing a linen ritual vest. So, David and all the house of Isra’el brought up the ark of ADONAI with shouting and the sound of the shofar. (2 Samuel 6:14-15)

As I walked, my imagination stretched beyond Earth’s fragile atmosphere to our solar system with the planets gracefully spinning like ballet dancers on pointe as they whirl in splendor around the sun; and even farther as endless galaxies traipse upon the vastness of precious emptiness.

All creation seems to be dancing “with abandon before ADONAI” Her maker . . . the Universe dancing with Herself . . . Wow!

I love to dance . . . from dancing by myself in the living room of my childhood home, to dancing with my young sons in the family room of their childhood home, and now with my granddaughter in the play room of her childhood home . . . joyful, spontaneous, carefree, whimsical dancing.

In a text exchange with my cousin discussing my difficulty with “good-byes” he responded with,

“I try to hold hellos and goodbyes as one whole movement, sort of like a larger context in which comings and goings become a dance of engagement.”

All of us on this blessed cosmic oasis . . . engaged in dance with each other and our Maker. Not only do we get to, but I believe we are called to this hallowed trip-the-light-fantastic betrothal.

All the interactions in one person’s lifetime from birth to death–family, friends, colleagues and strangers–a dance of engagement.

Can you hear the rhythm . . . the Heartbeat of Agape Love with Kindness, Truth, and Grace harmoniously carrying the melody?

If not, what’s stopping you?

As the ark of ADONAI entered the City of David, Mikhal the daughter of Sha’ul, watching from the window, saw King David leaping and spinning before ADONAI; and she was filled with contempt for him. (Verse 16)

I’m sure there are many theological explanations why David’s own wife, Mikhal, would not dance, beyond what I offer here.

Perhaps she felt a sense of entitlement and pride being a King’s daughter and a King’s wife. Maybe she resented being passed back and forth as a pawn for peace between the Kingdom of Judah and the Kingdom of Israel (her father, King Saul had given her in marriage to another man in David’s absence). David had other wives by this time, so feeling jealous would not have been an unreasonable response; some false belief prevented her from joining in the jig of a lifetime.

Whatever it is, let it go 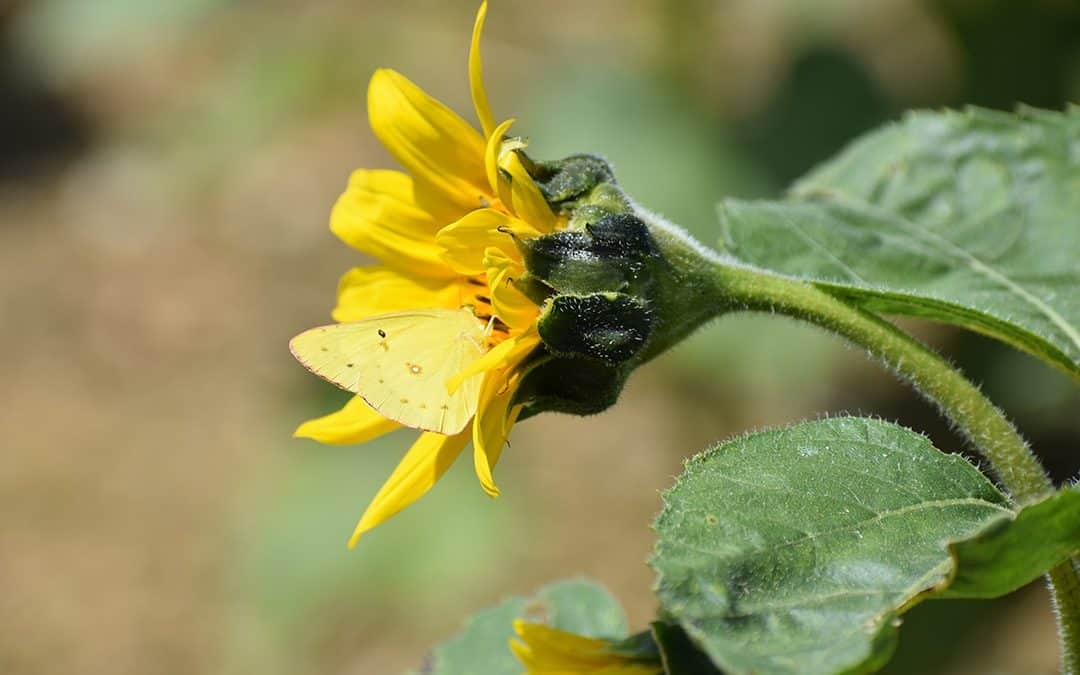 in you I live
move
and have my being

all dimensions, all degrees
time and consciousness
eternally we are

one in trust
one in truth
one in love

You are
as I am
sacred holiness

. . . then there are the mornings like today, while still intensely grateful for all my blessings, my heart seemed caught in a vice of agony over situations and circumstances that seem completely hopeless.

Like the heartbreak my cousin is enduring caring for her mother, my aunt, who has Alzheimer’s . . . any of the hundreds of thousands of people who have or are currently putting their own lives on hold to care for loved ones . . . my heart aches for you.

Or the senselessness of littering . . . it has been almost 50 years since the “Keep America Beautiful” campaign of the 1970’s with the commercial of the Native American crying over a polluted earth and there are still people who do not respect our precious planet?  Really? What the frack?!

Or the idiocy of state legislatures that cannot and will not pass sensible and well-deserved legislation to ensure the financial security of teachers for the health and well-being of future generations. Come on people! You greedily line your pockets with money without regard to the long-term consequences of your insensitivity and ignorance. This not only breaks my heart but blows my mind as well.

I could go on, the list appears unending, but I think you get the drift . . .

I long for the day Isaiah describes in chapter 65 verse 17 of the Hebrew Bible:

For, Look! I create new heavens and a new earth; past things will not be remembered, they will no more come to mind.

I was walking the track at a local high school, head hanging, pondering the musings of my heart when I noticed a dandelion growing out of a crack in the pavement. I love dandelions; it is completely unfair that they are labeled as weeds and that so much money is spent on chemicals to rid yards of this symbol of hope.

Yes, hope–for if you have ever experienced a young child plucking one from the earth and handing it to you with the joy of innocence and wonder on his or her face, you know what I mean.  Or perhaps you remember making a wish while blowing dandelion seeds and watching them being wistfully carried away with the wind.

On this particular dandelion were two minute insects engaged in pollination. I snapped a bunch of pictures because I was awestruck. Here were these infinitesimal creatures going about their business, doing what they were designed to do, living in the moment without worry or fear.

That’s it, then, every day, each moment—as difficult as it may be—choose hope . . . “Return to the stronghold, you prisoners with hope!” (Zechariah 9:12) . . . do what you were called to do, living without worry or fear, and serve others in Charity and Grace.

Ever merciful
Ever generous
Ever gentle
Ever kind
Ever true
Never judging
Never scornful
Never selfish
Never proud
Never rude
Until now
Never have I ever
Known such love
Without it
Never do I ever
Want to live.

Some days I know and feel more grateful than other days and today was one of those days. The feeling intensified as I went to work in my garden.

This year in addition to tomatoes I planted carrots, cauliflower, squash, cantaloupe, and two varieties of sunflowers—Jerusalem Gold Hybrid and Mammoth.

Since I have written previously about my fascination with sunflowers (see the meditation entitled “Obsession”), you can imagine my utter delight to have TWENTY sunflowers sprouted and growing—the Mammoths are already over two feet tall. While no blossoms are yet on the stalks, I have noticed with absolute enchantment how the stalks and “heads” have already begun to follow the sun across the sky.

I expressed this amazement of mine to my cousin in a recent Skype chat to which he thoughtfully responded:

. . . to follow the light of awareness, presence, love . . . let it lead us . . . actually come in through birth with that orientation and willingness like I suspect Jesus did . . . The way sunflowers from the get go follow the sun even though they haven’t bloomed yet or even know about blooming . . .

I began to wonder, were we not designed with this consciousness from conception too?

As soon as she knew that her relative, Elizabeth, was expecting, Mary went to visit her. When she greeted Elizabeth, the baby in Elizabeth’s womb leaped for joy (Luke 1:44) already knowing the voice of the one who would bear Christ. Jesus himself said “Let the children come to me, don’t stop them, for the Kingdom of God belongs to such as these. Yes! I tell you, whoever does not receive the Kingdom of God like a child will not enter it.” Mark 10:14-15

Seemingly we are conceived, born and live for an apparent short length of time knowing “God is Love is Trust is One” but somehow begin to believe things we were never intended to believe—that we are separate—separate from others and separate from God. Unconsciously and inevitably we appear to surrender to the influences and elements, the agony and deception of the self-inflicted wound. We accept “the lie” that His Love was too good to be true.

The Good News is that we can choose . . . “to see with Christ’s eyes is to see with the eyes of Love, only Love” . . . which brings healing and wholeness not only to our life but to all lives. A recent meme on the site, Contemplative Monk, states it this way:

“You will never look into the eyes of someone God does not love.”

That’s the calling then, isn’t it?

. . . to let our Light shine in the darkness in order to bring to remembrance that which was instilled in all of us from the beginning . . .

God wants to see
More love and playfulness in your eyes
For that is your greatest witness to Him.

Your heart and my heart
Are very, very old
Friends.

(Excerpt from “Your Mother and My Mother” by Hafiz)